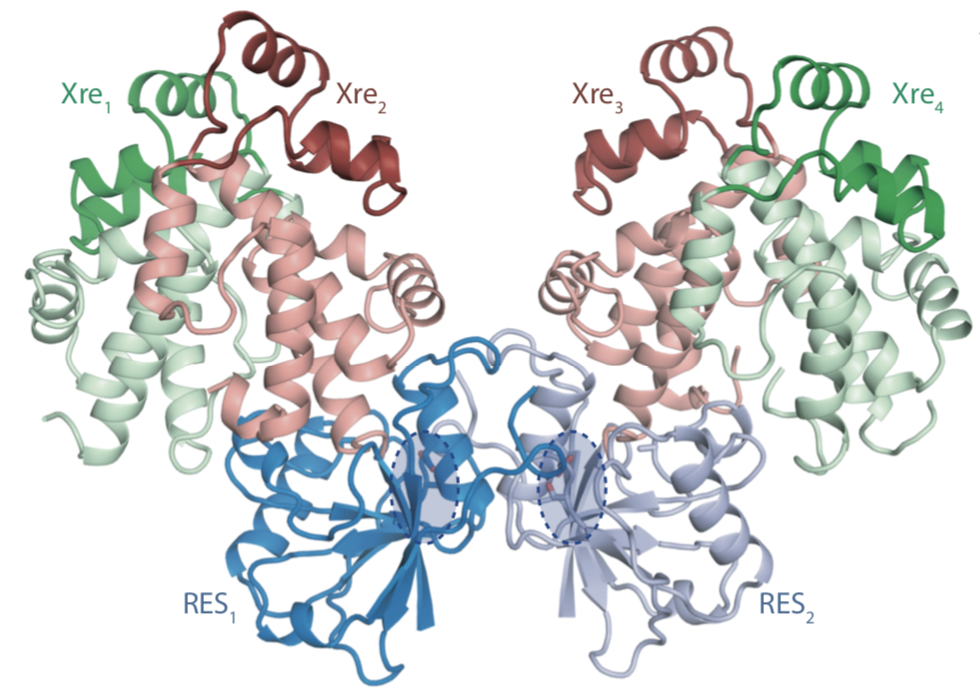 n a paper published today in Molecular Microbiology, we provide a thorough functional and structural characterisation of a novel toxin-antitoxin module of the RES-Xre class. Based on the presence of three conserved residues (R, E, and S), the RES toxins were proposed to constitute a new family of metal-dependent RNases. However, our work demonstrates for the first time that the toxin fold is reminiscent of the ADP-ribosyl transferase enzymes such as the cholera and diphtheria toxins. However, rather than transferring an ADP-ribosyl moiety to a target protein in a eukaryotic cell, the toxin acts intracellularly in the bacterium itself, by degrading NAD+ into nicotinamide and ADP-ribose. We show that this has the effect of stopping all major gene expression functions, starting with transcription, followed by translation, and finally replication. In this sense, the end result of RES toxin activation is thus the same as many of the RNase (RNA interferase) type toxins, which function by degrading translational RNAs (mRNA, tRNA, or rRNA).

For more information, see the paper in Mol. Microbiol: