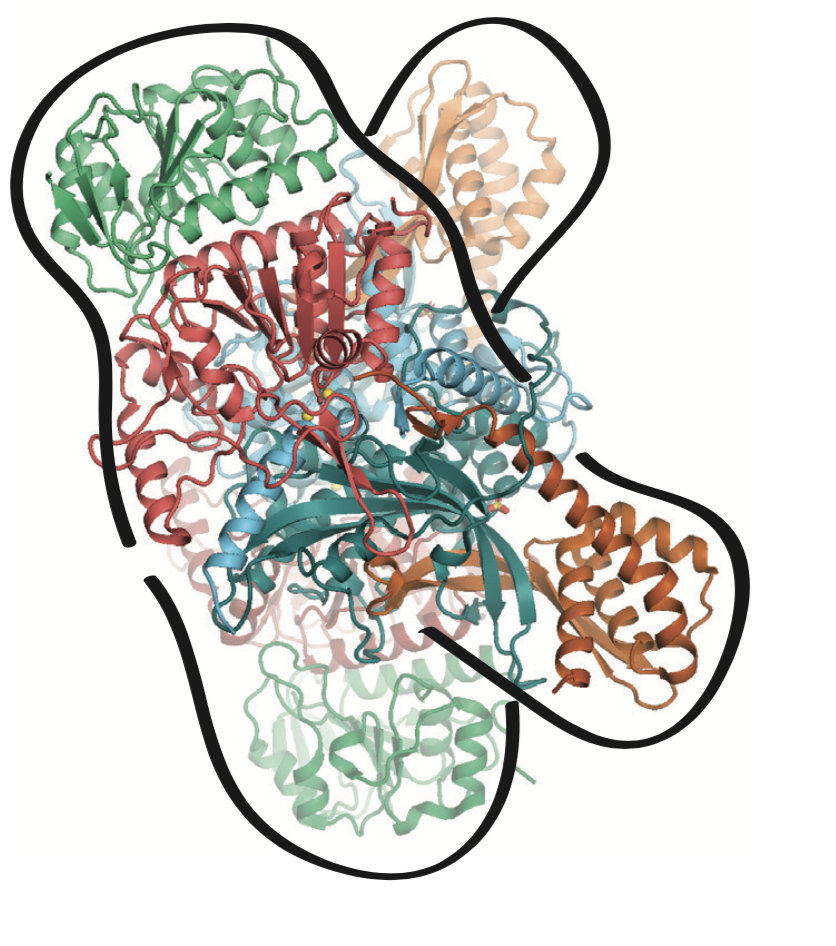 In a new review, just published online today, we delve into the possible functional roles of the ATP-binding cassettes (ABC cassettes) encoded in the E. coli phn operon, which is required for uptake and degradation of phosphonate compounds during phosphate limited growth. ABC cassette proteins are most well known for their function in ABC transporters and it looks like the phn operon also encodes a protein with this role (PhnC). Curiously, however, the operon also encodes two other ABC modules for which the function is less well known. One of them, PhnK, we know binds to a large protein complex known as the C-P lyase core complex (shown in the figure to the right) but the reason for this is not clear. It is thought that ATP is required for the reaction, so this could suggest a possible role for the ABC cassette.

Overview of the 14-cistron phn operon of E. coli

The other protein, PhnL, is even more mysterious as we neither know if it binds to the enzymatic core complex nor what its role might be. If any of this has caught your interest, head over to BioEssays and have a look at the paper: